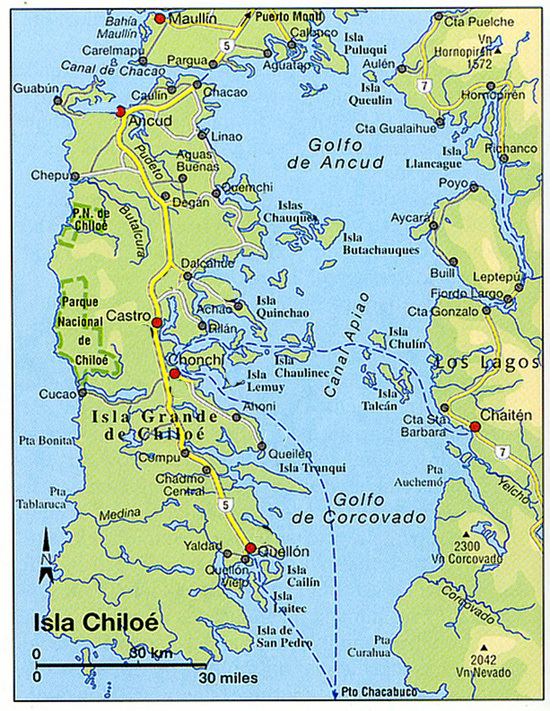 Chiloé Island (Isla de Chiloé), also known as Greater Island of Chiloé (Isla Grande de Chiloé), is the largest island of the Chiloé Archipelago off the coast of Chile, in the Pacific Ocean. The island is located in southern Chile, in the Los Lagos Region and is referred to as the main island in the archipelago.

Chiloé, which means ‘place of seagulls in the Huilliche language, is one of the best spots to enjoy birdlife! The archipelago has several islands separated from the mainland by the Chanel of Chacao in the north. The capital of the Chiloé Province is Castro which is famous for its palafitos, traditional wooden stilt houses, and dalcas, boats which are built in a traditional way as well.

The “Chilote” is the inhabitant of the archipelago, and its ethnic root comes from the mix between Huilliches, Chonos, and Spanish. Chonos were expert navigators as they sailed through the rough and cold waters of the fjords and channels of the southern area of the Lake District Region. The Chiloé School of Architecture in Wood is a movement that originated from the construction of churches in the islands using the native and noble material. The design was brought by European priests, and the work was done by the native carpenters that applied their boat making expertise to the process of constructing the different churches.

There are more than 150 churches in the island. Sixteen of them are considered UNESCO sites and are mostly located in the central-east side of the archipelago.

On 2012, the United Nations (FAO) declared Chiloé as an Agricultural World Heritage 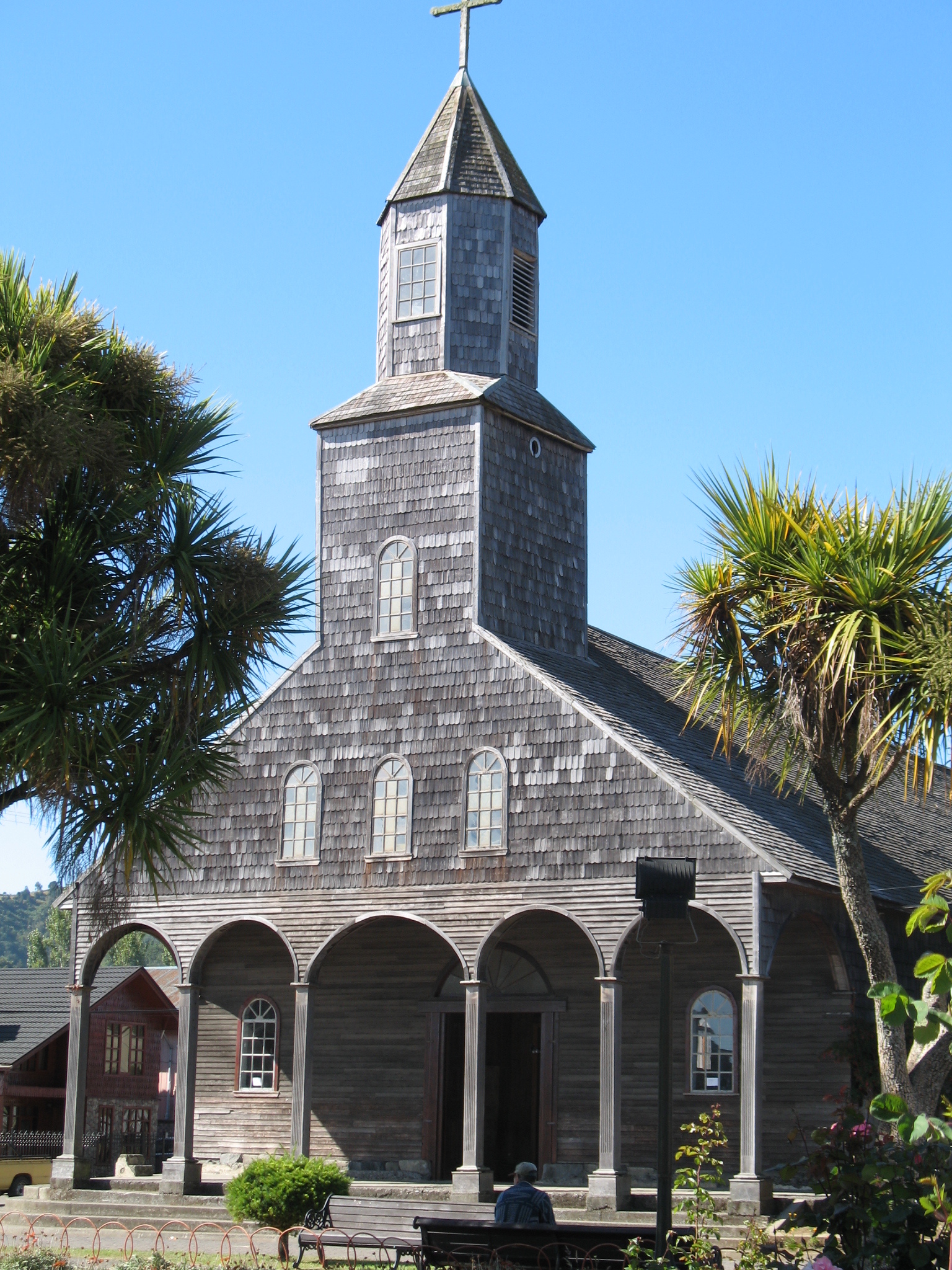 Site. Their traditional systems in agriculture are an important contribution to a safe and healthy food production, the conservation of the biodiversity and the sustainable development of the local communities and territories.

Charles Darwin explored the archipelago during his voyage on the Beagle. He was surprised by the different species of potatoes found in the islands. Their agriculture is an important part of their economy with potatoes being the superstars with more than 120 different species. Between June of 1834 and February of 1835, he scouted different regions of the archipelago. On January 19, 1835, he saw one of the last eruptions of the Volcano Osorno from the village of Ancud.

Chiloé is an excellent place for bird watching. It is the destination of many bird migrants from the northern hemisphere. Resident species associated with the Valdivian Rainforest and the grasslands and prairies are also present in the continental region. Jubilee Travel works with Birds Chile, and in one good day of birding on the island with them, you can spot more than 100 species!

By Sandy Karwacki-Farber, BA about Chile

Start your trip to Chile

Jubilee Travel will help you plan your trip to Chile.