12/30/2019 in Seattle
The sparkling waters of Puget Sound and the spectacle of the surrounding Olympic and Cascade mountains are the heroic natural features of Seattle, but its Pike Place Market is the city's standout man-made - and still its most popular - attraction that BestTrip TV just had to see during a visit to Seattle. WATCH THE VIDEO TO EXPERIENCE THE PIKE...

12/30/2019 in St Kitts and Nevis
There's now a silver lining follow-up story to the hurricanes in 2017 that took a toll on many islands in the Caribbean, including the tiny island that makes up part of the Commonwealth nation of St. Kitts & Nevis.
For many years, Nevis has been synonymous with its iconic Four Seasons Resort. It put the island on the map for luxury...

A Dozen Reasons to Visit India During Diwali

11/22/2019 in India
India’s biggest and most important annual holiday is also one of the best times to visit the country.
Ancient civilizations the world over celebrate lunar cycles, the harvest, and the power of light. India’s version of this universal theme is Diwali, and the festival brings centuries of rich tradition alive.
Every year over five days in October or November, communities...

Tips for Drinking in Japan

11/08/2019 in Japan
Just as water is served automatically at a restaurant table in the West, green tea appears magically on every restaurant table in Japan. But what about a more… spirited beverage? Japan’s consumption of alcohol is legendary, and involves its own beverages and etiquette.
Here’s what you need to know before you order.
By: Lynn Elmhirst, Sipper-in-Chief, BestTrip TV
Japan has embraced both...

Where You Can Dine on Celebrated Chefs' Cuisine at Sea - And It's Included!

10/25/2019 in Anywhere
There’s a constellation of Michelin stars and celebrity chefs bringing their award-winning dishes, TV show hits and cookbook favorites to guests on cruise ships in all the seven seas.
Dare we say it? Sometimes, the culinary experience afloat is even better than on land, where you may line up around the block or try to book a table...

10/11/2019 in Anywhere
Oh, and there’s a caviar bar, too.
Sir Richard Branson’s Virgin Voyages says it’s committed to ‘disrupting’ cruise travel, and that means a twist on one of the luxury cruise standards: champagne and caviar.
The cruise line has already shared its ‘ship tease’, with the slogan ‘Save Water, Drink Champagne’ proudly displayed on an outdoor lounge. 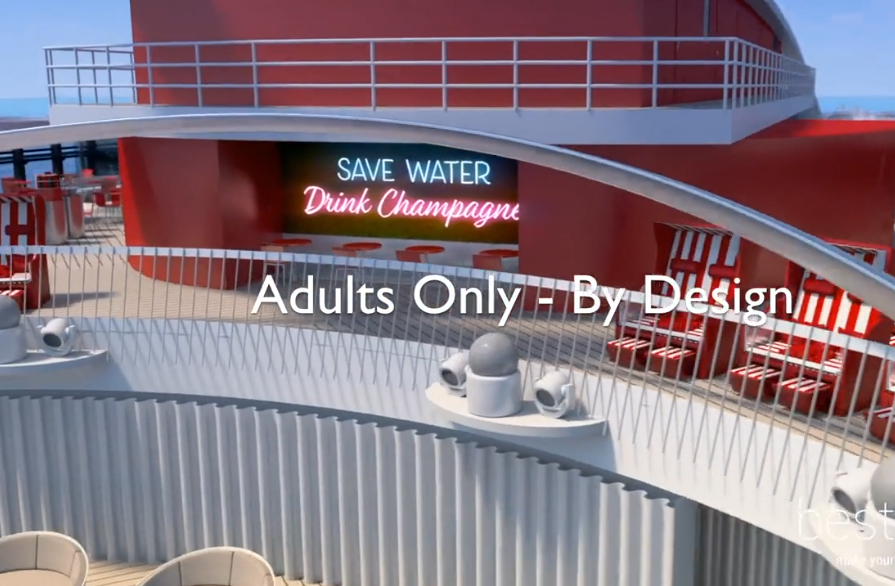 Now, it’s revealed what that...

This Hotel Serves a Cocktail Made with Gold

09/13/2019 in Montreal
If you haven't been to Montreal recently, the Golden Square Cocktail at Montreal's new Four Seasons Hotel (VIDEO ABOVE) is just one reason to book a trip or a pre or post cruise stay in the second-largest French-speaking city in the world.
Montreal still has its European lifestyle, credentials as the fashion capital of Canada, and a UNESCO City of Design.
It's...

This Italian Wine Region is Now a UNESCO Site

08/08/2019 in Italy
Pop the cork on the bubbles! If you're a fan of sparkling wine, you are likely already familiar – and in love with – Italy's signature rival to French champagne.
Finally, Italian prosecco is getting some recognition - you might agree it's long overdue. After a 10-year wait, Italy's Prosecco hills of Conegliano and Valdobbiadene have been designated the country's 55th UNESCO World Heritage...

04/11/2019 in Portugal
Have you taken a river cruise in Europe yet? The 'Big Three' river cruises are the Rhine, the Danube and the Rhone/Saone. You may have heard about cruising on the Seine, even Main and Moselle cruises.
But for a little 'off the beaten track' river cruising in Europe, Portugal's Douro river is enjoying its day in the sun. Warm-weather Portugal, in the...

See the World's Tallest Indoor Waterfall at this New Airport

It's one of the world's top ten busiest airports, with a flight every 80 seconds. A hundred airlines transport over 60 million passengers yearly to and from Singapore's Changi airport. So millions of travelers are already familiar with the breathtaking Nature features in the airport that's the gateway to Asia's 'City in a Garden'.