01/27/2020 in Normandy
A visit to the Juno Beach Centre is life-changing. Walking in the footsteps of young, Canadian soldiers who landed on this stretch of beach in Normandy, France on DDay is emotional, eye-opening, and never-to-be-forgotten.
Some Canadians do more than visit. They work here. Permanent staff and young Canadians greet and guide visitors at the Centre, through the restored bunkers, and...

01/10/2020 in Vienna
You may only listen to classical music once in a while, but we’ll bet this composer’s name rings a bell.
Ludwig van Beethoven was born in Germany, but spent his professional career and passed away in the music capital of Europe. 2020 is the 250th anniversary of the birth of the composer, who in spite of becoming ill and deaf, was...

09/27/2019 in United Kingdom
If the Downton Abbey movie and TV series has you fantasizing about life in the elegant and storied surroundings of England’s stately homes, you are not alone. The stories and history made in these estates are legendary.
At one time, there were tens of thousands of country houses owned by...

04/11/2019 in Germany
You may never have heard of the small Bavarian village of Oberammergau. But every year ending in 0: 2010, 2020, 2030 and so on... Oberammergau becomes synonymous with the Passion Play – the biblical story of Easter – it performs nearly daily for months from Spring to Fall.
For those with a Christian faith tradition, attending a play that's been performed for...

05/24/2019 in Normandy
Everyone experiences travel differently, and this may be most true of historic sites. Standing on the spot where history was made is a profound experience that transcends any amount of studying, reading, watching documentaries or films. When you are actually there, the sights, sounds, perspective and your historic imagination all combine for a more meaningful understanding of moments that changed...

02/22/2019 in Italy
If you close your eyes and picture 'Italy', chances are, it's the rows of vineyards and cypress trees, villas and farmhouses, fabled towns and household-name works of art of Tuscany that come to mind. 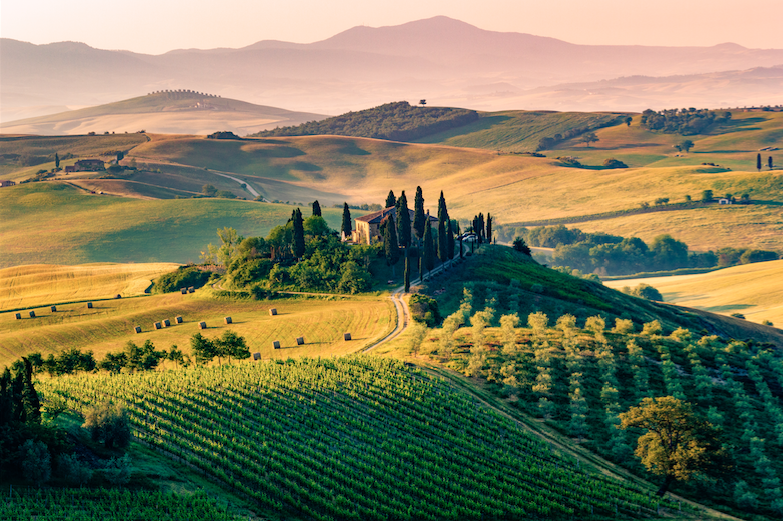 There are a million reasons why Tuscany is the setting of so many escapist novels, movies and life-changing travels. Here are our favorites:

The red rooftops of Florence...

02/08/2019 in Netherlands
Everyone wants to try 'real' local food when they travel. But we don't always have a real local to point us in the right direction.
That's why we loved our Avalon Waterways' culinary tour of the Jordaan, a walking-sipping-snacking tour of the revitalized neighborhood in Amsterdam. It gets you out of the tourist core and into the heart of the Dutch...

01/24/2019 in Scotland
They say on St. Patrick's Day everyone's a little bit Irish. So it's fair to say that on Rabbie Burns' Day, we're all a little bit Scottish. The national poet of Scotland – he wrote the song you likely sing every New Year's Eve: Auld Lang Syne – was born on January 25, 1759. And every year on January 25th, Scots...

Searching for 'Hygge' in Copenhagen

It's a global buzzword and cultural phenomenon. When the cold and darkness of winter close in, more and more of us go in search of Denmark's signature recipe for happiness: 'hygge'.

Danish 'hygge' (pronounced 'HOOG-uh') is sweeping the world – everyone wants in on Denmark's famously convivial way of life. The Danish are the happiest people on the planet – even during the...

Monaco Mystique: 5 Things You Didn't Know About the World's Most Glamorous Destination

12/27/2018 in Monaco
It's been featured in no less than two James Bond movies. Not to mention To Catch a Thief, the Alfred Hitchcock thriller starring Grace Kelly. Filmed on location in glitzy Monaco, it's where she met a prince and then became Princess Grace.
Monaco – and Monte Carlo – have established and maintained an allure as one of the world's most...